This is not recent, but recently discovered.  It took place at a significant time  for XR shortly before they staged their week of protest in April 2019, and is still worth looking at now as it gives a good outline of the XR strategy of trying to ramp up support to the supposed tipping point of 3.5% of the population required to bring about a revolution (Erica Chenoweth).  The protests, during which over 1,100 people were arrested, turned out not to have the intended effect of forcing the government to take climate change seriously, but instead resulted in Extinction Rebellion being branded in advice to police forces as peddling an 'extremist ideology', in company with neo-Nazis and Islamic jihadists.

Monbiot opened the meeting to an over-capacity audience, and the main speaker for XR was Zuhura Plummer, with scientific evidence for the imminent threat of extinction provided by Rachel Treharne.

Extinction Rebellion is an international movement that uses non-violent civil disobedience in an attempt to halt mass extinction and minimise the risk of social collapse.

We are facing an unprecedented global emergency.  Life on Earth is in crisis: scientists agree we have entered a period of abrupt climate breakdown, and we are in the midst of a mass extinction of our own making.

We are unprepared for the danger our future holds. We face floods, wildfires, extreme weather, crop failure, mass displacement and the breakdown of society. The time for denial is over. It is time to act.

Conventional approaches of voting, lobbying, petitions and protest have failed because powerful political and economic interests prevent change. Our strategy is therefore one of non-violent, disruptive civil disobedience – a rebellion.

Historical evidence shows that we need the involvement of 3.5% of the population to succeed – in the UK that’s about 2 million people.

We aren’t focussed on traditional systems like petitions or writing to our MPs and more likely to take risks (e.g. arrest / jail time). We don’t want or need everyone to get arrested – for some this is not a good idea – but we do want everyone involved to support civil disobedience as a tool.

We are promoting mass “above the ground” civil disobedience – in full public view. This means economic disruption to shake the current political system and civil disruption to raise awareness. We are deeply sorry for any inconvenience that this causes.

Now is the time to take care of ourselves. We don’t know how long coronavirus is going to be with us, and we all need to prepare ourselves for this uncertainty and adapt.

As Extinction Rebellion has been evolving we’ve been developing resources and tools to help navigate the climate and ecological emergency, which are of deep relevance as we face this planetary health crisis.

This handbook has been created to offer support in building resilience to the crises, staying connected with each other, and empower you in offering support to others. Over time, the initiatives listed here will develop, and as capacity grows, working with others we plan to roll them out ever-wider.

In this moment Regenerative Cultures around the world are connecting, creating resilience, collaboration, health and solidarity. Now, more than ever, we need those things. Each of us has a vital role in creating a regenerative response to coronavirus.

In this emergency, let’s come together in love and strength, as never before.

Covid-19 - Local and national information   Schools update - all primary back full-time from 15 March, secondary part-time from then and full-ti... More >>
Transition 'What next?' summit 3 - 20 March Our What Next? Summit starts on 3 March, and our exciting new platform and events calendar is now live. The... More >> 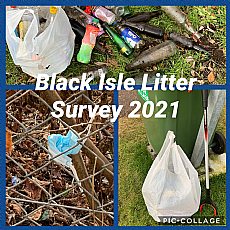