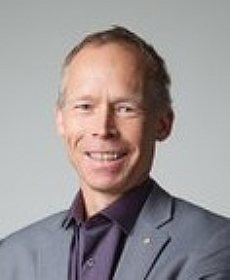 Johan Rockström is one of the world’s most influential Earth scientists.  As director of the Potsdam Institute for Climate Impact Research, he advises governments, corporations and activists, including his Swedish compatriot, Greta Thunberg, about the latest research on the climate and biodiversity and argues for better science communication.  Last year, he co-edited Standing Up for a Sustainable World, a book that brought together essays from climatologists, economists, environmental defenders, financiers and school strike activists.  In recent months, he has teamed up with David Attenborough to create  a new Netflix series, Breaking Boundaries: The Science of Our Planet, participated in President Joe Biden’s climate summit and co-organised a declaration by more than 100 Nobel laureates.

Transition Summit - events this week 16 - 19 May Information about a range of interesting online events this week, and recordings of many of last week's an... More >>
SG Waste Incineration report published A report commissioned last year by the Scottish Government into 'the role of incineration in the&nbsp... More >>