The Ross-shire Journal of 21 October reported concern among local people at Tore about  proposals put forward for extensive development at several sites neighbouring the Tore roundabout by housing developer Springfield Properties.  The company has submitted a Proposal of Application Notice (PAN) for the development across 87 hectares of agricultural land at Bogbay Farm south of the Tore roundabout.   the PAN is a preliminary approach to Highland Council as the planning authority, and no planning application has been made.

The area is not scheduled for significant development in the Inner Moray Firth Local Development Plan, which is currently being updated, and opinion among councillors and planning officials is that a planning application would be unlikely to succeed.  Online public consultations on the proposal have taken place, but apparently without much prior notice or publicity. 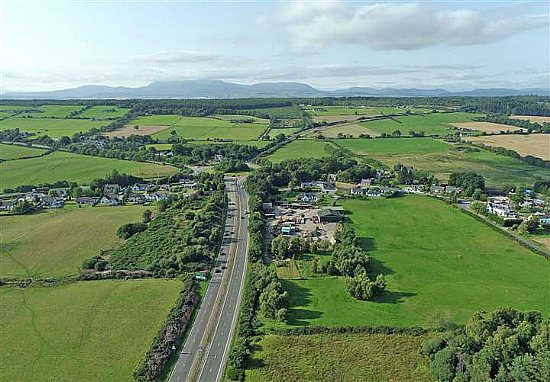