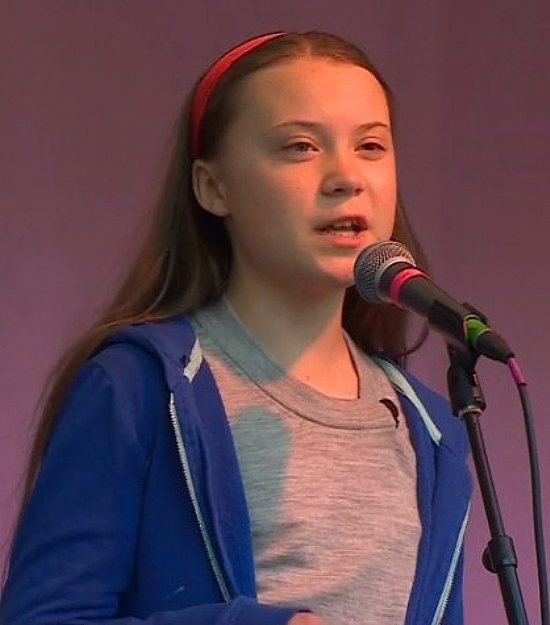 For much of the day there had been several hundred people at Extinction Rebellion's Marble Arch site.

But the chance to hear from Greta Thunberg - something of a celebrity in the climate protest world - saw the numbers swell into the thousands. The crowd was bolstered by an influx from the Parliament Square location and their banners filled the air.

Greta Thunberg's two-day journey to London by train was eagerly followed on social media and she got a huge cheer as she finally took to the stage.

Her speech was short and sweet, but the message was exactly what the crowd wanted to hear: "Keep going. You are making a difference."

Climate change protesters will meet with the Metropolitan police and “pause” the disruption that has plagued London for a week, resulting in more than 800 arrests.

The leaders of Extinction Rebellion have announced they are switching from “disruptive tactics” to “political negotiations” as they enter a second week of campaigning to have the Government declare a climate emergency.

The move comes as the number of arrests made in connection with the demonstrations reached 831, with 42 people charged.

London Mayor Sadiq Khan said that more than 9,000 police officers had been responding to the protests - nearly a third of the Met’s entire force.

He had earlier been accused of giving his tacit support to the campaigners, with John Apter, chair of the Police Federation, telling The Telegraph: “What we don’t need, as well-intended as it might be, is a politician aggravating the situation and making it worse. The likes of Sadiq Khan should be supporting the police, especially when we are having to deal with rising crime on our streets.”