Campaigners for the retention of the singles sharing ticket option on the Caledonian Sleeper were elated yesterday (Tuesday 16 January) when a press release from Serco / Caledonian Sleeper appeared to indicate that the charging system currently in operation would be retained until the introduction of the new train fleet, which has now been put back until October.

The relevant sentence in the press release reads

"Pricing and accommodation options for the current trains will remain in place until new trains are introduced in October, with transitional pricing then coming into effect on the ‘Highlander’ route."

Whether this apparent change had been made as a result of our pointing out that changing ticket types before the introduction of the new trains, as had been proposed, contravened schedule 5.2 of the franchise agreement, or was purely co-incidental, seemed immaterial.  It certainly looked as if we had been victorious in our first skirmish, although well aware that the war remained to be won.

Hopes were dashed on Wednesday, however, when in a phone conversation with Serco's chief press officer Charles Carr, Julian was given to understand that the sentence above did not mean what it appeared to say.  It not mean "Current pricing and accommodation options. . ", as we had understood it, but "Pricing and accommodation options for the current trains, as currently in effect and as due to be changed on 25 February as previously announced".

You can read the full press release either

So it's back to square one-and-a-half for the moment, but the campaign goes on.  Also on Wednesday, the online Scotsman ran an article by its Transport Correspondent  Alastair Dalton under the headline "New Caledonian Sleeper trains delayed until October", which included the sentence  "Passengers travelling alone will no longer be permitted to share with a stranger, with the change being implemented on the current trains from 26 February" (which is not contained in the press release).  It was in seeking clarification of the contradiction between this and the sentence quoted above, that Julian came to discover that the real facts of the matter had not changed.

Julian has also written a letter to the Inverness Courier as a follow-up to their article last week ('Strangers in the night' fare to end), pointing out that Serco also run the Northlink ferries to Orkney and Shetland, on which single passengers can share two or four-berth cabins with strangers.

Indefatigable for the cause, Julian has also written to the Scottish Government's Minister for Transport, Humza Yousaf MSP, copied to John Finnie (MSP for the Highlands and Islands and Green Party Transport spokesman), asking for details of the agreement reached between Serco Caledonian Sleeper and Transport Scotland to approve the proposed fare changes in apparent contravention of the franchise agreement, and of the consultation on the changes which is supposed to have taken place.  Following a brief supportive reply from John Finnie, Julian has written to him separately asking if it would be possible to arrange a meeting in Inverness between him and local Green Party, TBI and other supporters of the campaign to discuss how best to take it forward.

if you haven't already signed the petition, please do so now, and pass the link to your friends 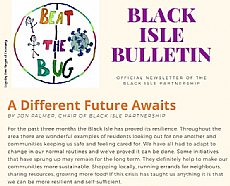