An interim assessment of progress by the Climate Emergency Response Group – achievements and recommendations one year on, published November 2020.  Changeworks comments

“Good, but could still do better” – that’s the assessment of the Scottish Government’s progress in tackling the climate crisis by the Climate Emergency Response Group, a group of environmental leaders and influencers, including our Chief Executive Teresa Bray.

The Scottish Government's Climate Change Plan has been developed following the passing of the  Climate Change (Scotland) Act 2009, which created a framework for achieving greenhouse gas emissions reductions and set an interim target of at least a 42% cut by 2020 and at least 80% cut by 2050.

The 2009 Act was amended by the The Climate Change (Emissions Reduction Targets) (Scotland) Act 2019, which sets targets to reduce Scotland's emissions of all greenhouse gases to net-zero by 2045 at the latest, with interim targets for reductions of at least 56% by 2020, 75% by 2030, 90% by 2040.  The bill was introduced in May 2018 and in March 2019 the Environment, Climate Change and Land reform Committee published a detailed First Stage Report  (PDF 206pp).  During its passage through Parliament the bill was significantly strengthened under pressure from opposition parties (see below).  A great deal of further documentation and correspondence is available.

This Act was passed by the Parliament on 25th September 2019 and received Royal Assent on 31st October 2019.

The Climate Change (Emissions Reduction Targets) (Scotland) Bill was passed by the Scottish Parliament on 25 September, after having been significantly strengthened during the parliamentary process, though insufficiently in the view of the Scottish Greens and others.

As originally tabled in May 2018 the bill increased the 2050 target for reduction of greenhouse gas emissions from 80% to 90%, and proposed new targets for 2020, 2030 and 2040.  No target was proposed for achieving 'net-zero' emissions.  In its final form the 2050 target has been abandoned, and following advice from the UK Committee on Climate Change the government proposed a 'net-zero' target date of 2045.  Labour and Lib Dem proposals to increase the original 70% reduction target for 2030 to 75% were accepted, but the Greens' attempt to increase that figure to 80% was defeated.  As a result the Greens abstained in the final vote which saw the bill passed by 113 votes to 0.

Friends of the Earth Scotland commentary  by Caroline Rance. 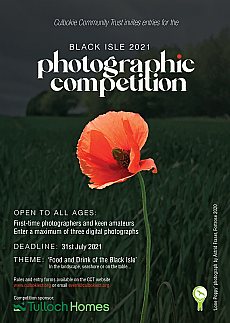