I’m studying in Aberdeen, and last May we had just a week between exams and starting uni again. So we needed maximum relaxation in a short amount of time – so ruled out flying anywhere, flying’s always stressful!  We chose the ferry up to Shetland - £30 each way with bikes, and you don’t have to buy a cabin, unlike the ferries to the continent.  We had our camping mats and sleeping bags and used those.  It left Aberdeen at 6pm and we made our way to the bar for food and drinks and relaxed with our maps- only now planning what sort of route we’d take around Shetland.  Bliss - exams were behind us and we had a week of just thinking about maps, food and tents.

After a decent night’s sleep, we arrived in Lerwick at 7.30 in the morning on a Sunday in the rain – less than ideal but our holiday only went uphill from there!  We were staying in the highly recommended Fort Charlotte guesthouse the next night, so went straight there to see if we could leave our bikes and wander round Lerwick.  They invited us in for breakfast and were incredibly welcoming, telling us that the best place to see otters and seals was the local Tesco’s.  The following day, strong winds and rain woke us.  The wind was coming from the South- not ideal for the planned cycle to Sumburgh head – the most southerly point on Shetland.  We decided to try the public bus, and they let us on, bikes, panniers and all, with no trouble at all.

We spent the following week meandering our way North, via St. Ninian’s Isle and Wester Skeld – both highlights – and made it as far North as Voe.  Most of the week we had the wind on our backs and dry weather – with a few short showers which we usually spent in the village shop or a bus shelter.  Not as many tea shops as the Hebrides, and more hills – but more wild and adventurous. We camped, but also made use of the ‘Camping Bods’ on the island, which are a mixture between a bothy and a hostel. We paid £12 between us and ended up with a cottage to ourselves for the night!

We had another night in the Fort Charlotte guesthouse on our way home, giving us another day around Lerwick.  We chose to get the ferry to nearby Bressay, cycle across it, and get the ferry across to Noss.  Two rangers live on the island and you just have to wave for them to come and pick you up.  A walk around the island was rewarded with Puffin sightings – and as the only couple on the island at the time if felt altogether different from seeing them with crowds of people on the Farne Islands in May.  If you only have a long weekend, I’d recommend staying in Lerwick and making your way out to Noss! 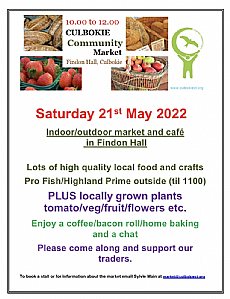