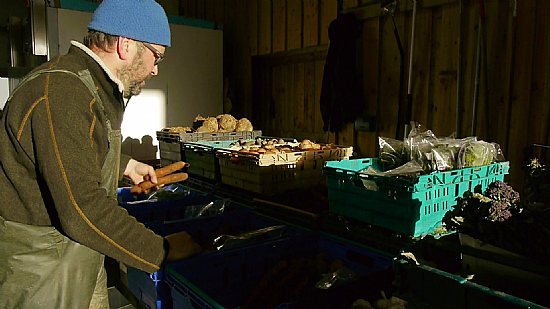 We've lined up a special end-of-year treat as part of our Highland Good Food Conversation.

Zev Robinson is an artist and documentary film-maker, who had a residency with Cromarty Arts Trust in 2017.  In recent years he has produced a body of work under the title “The Art and Politics of Eating” and he is now making four of his documentaries available to stream for the reduced price of £3.96. Zev explains his interest in local food:

“The Black Isle, about local food, circular economies and a strong sense of community, was made during my artist residency at the Cromarty Arts Trust in 2017.  Cromarty boasts a fine cheese shop, a bakery, eateries and shops with a variety of independent food producers, veg box deliveries and food markets in neighbouring villages.  Yet, despite the enthusiastic support for these enterprises, supermarkets continue to dominate consumer buying habits.

That documentary led me to my next one, The Fish in the Sea, that looked at the problem of local food production and consumption in a different light, not how the encroachment of supermarkets meant the importation of food from other parts of the UK and the world, but how Scottish seafood was being exported to other places.  But the core problem, eating locally remains the same.

My third documentary was Rocks, Crofts and Sheep, about the history of land ownership in the Outer Hebrides, and even there with its history of self-sufficiency, a large supermarket sells meat brought in from the mainland besides a small butcher that sells local lamb, and a local chef has to explain to his customers why he cannot get local fish to serve.

Where local food businesses buy from local sources, money stays in the region, the carbon footprint is less while community cohesion is greater.  On the other hand, supermarkets are impersonal entities and their profits don’t benefit the community.  They have long existed alongside local grocers, butchers, and fishmongers, but over the last few decades the small shops have gradually disappeared.

The three films mentioned, along with Real Bread Bakers, examine these issues but the crucial question is, ‘Is there any way of redressing the balance so that a large part of society is interested in what they eat, where their food comes from, and the consequences of eating and shopping the way they do?’  Or is it inevitable, the consequence of living in the society we do where everything has to be constantly available, within our reach with the minimum effort?  Or perhaps supermarkets and convenience, ready-made meals should be lauded for making lives so much easier, giving people, especially women, a life outside of the kitchen and housework?

The question remains, how can things change?”

The films will be available to view until Friday 8 January, and all those who view them will be invited to an on-line discussion with Zev about the films and the issues raised, to be held on Thursday 7 January from 8.00 to 9.00 pm. 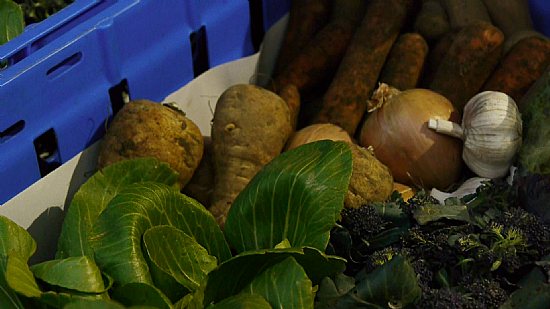