“But it isn’t only happening in other places.

22 square miles of peatland fire burnt in Caithness in May, doublingScotland’s greenhouse gas emissions for the six days it burnt.  Low lying areas such as Arderseir and Jemimaville are at risk as sea levels rise.  A speech by the Chief Executive of Scottish Natural Heritagewarned of an apocalyptic landscape in Scotland if we don’t act by 2030.  Last week the UN statedthat global emissions must fall by 7.6 percent every year from now till 2030 to avoid catastrophic consequences”.

XR Highland calls on everyone to attend Inverness’s first Climate Emergency Hustings, to scrutinise the policies of their politicians and to think climate when they vote. 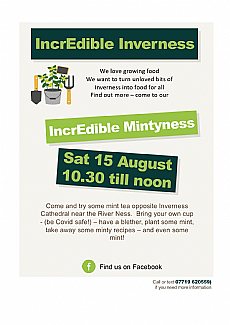