The group Communities4Coul, which is campaigning for the building of a golf course and hotel on coastal dunes at Coul Links north of Dornoch, lodged a pre-Planning Application Notice (PAN) for the project with Highland Council on June 19 (planning reference 22/02800/PAN).  A previous application for a golf course on the site was approved by Highland Council but rejected by Scottish Ministers in February 2020 (see below).

Much of the case against the original application, led by campaign group NotCoul, was made on nature conservation grounds, and the site's being subject to three environmental designations, including being within the Loch Fleet SSSI.  In promoting the renewed application expected to be submitted later in the summer, Communities4Coul place heavy emphasis on the claim that funding related to the golf course would make possible far better environmental protection for the site than NatureScot (formerly Scottish Natural Heritage) is able to afford.  Much is made of the fact that the golf course would take up less than 1% of the SSSI (much of which consists of the whole of Loch Fleet).

Other points made in their attractive website include the usual exaggerated claim about the number of jobs the project would provide, a reported 69.2% support for the project in a residents' survey (on a turnout of only 44%), and fulsome endorsements of the proposal from locals covering a large age range.

A 'consultatative exhibition' about the project will take place at the Community Centre in Embo, from 3-7pm on Wednesday July 27 and an on-line (Zoom) presentation will be held 4-6 weeks later to present the plans shown in the exhibition and to answer questions raised.

Is it possible they could be right in claiming that a golf course would be better for Coul links, on both environmental and community grounds, than the status quo?

NotCoul has a new website and a Facebook page, and there is a 'Coul Links Golf' page of links and information which covers the latest developments without comment, and has a useful list of links to all recent press coverage of the proposal.  The Scottish Wildlife Trust   has a timeline of the history of the project, which it has consistently opposed, but which is not up to date with these developments..

On the day of the Embo exhibition the Press & Journal published a detailed review of the planning history of Coul Links from the first golf course proposals in 2015 to the current new aplication.  Representatives of Not Coul led by Tom Dargie picketed the exhibition and handed out leaflets opposing the proposals to those attending.  A smear campaign against Dr Dargie in September 2020 was one of the more unpleasant aspects of the controversy about the original golf course proposal.

Mike Keiser back in the picture

In arguing the case for the renewed golf course proposal, Communities for Coul claim that the SSSI, on part of which the course would be created, would be better managed under a fully funded Environmental Development Plan which the developer would be required to put in place - 'This would mean that the 1% of the Loch Fleet SSSI affected by the golf course would fund the protection of almost the entire SSSI situated to the south of Loch Fleet, 25% of the total.'  It seems reasonable to doubt whether a commercial developer could be held to implementing an Environmental Development Plan over the long term.

Communities for Coul also claim that a golf course would provide 175 jobs locally and 311 within the wider Highlands, and claim support from other local golf courses and three of the six local constituency candidates in the Scottish Parliament elections.  It is not known to what extent Communities for Coul have the support of the local community.

Independently of Communities for Coul, leading economist Professor David Bell is quoted in a Scotsman article as welcoming the idea of a golf course in the context of the wider economy of Sutherland, which, as he points out  'is never going to get a new Amazon warehouse or other major economic development'.

Opposition to any revival of the golf course proposal comes from the group Not Coul, whose spokesman John Campbell is quoted in the same Scotsman article as referring to Coul Links as a 'national treasure' covered by three protective environmental designations, and saying  'No golf course can be built without infringing these designations, to their significant detriment. That was proved at the inquiry';  and an almost single-handed campaign run on 38 Degrees by Andrew Weston.

(See below for the back story)

In recent months new proposals have been put forward for a Golf course at Coul Links, between Dornoch and Loch Fleet.  In October 2020 the Northern Times reported that a 'Screening application' had been submitted to Highland Council in the name of a defunct Embo football club.

In January this year the proposal resurfaced under the auspices of a new group Communities for Coul, and in conjunction with a proposal by Mr Abel Smith of Coul Farm, the owner of much of the land at Coul links, for "a £20 million eco-style hotel" consisting of up to 20 lodges and a reception building at the farm overlooking the links.

The Chairman of Communities for Coul is reported as saying that the eco hotel plan boosts the campaign for the golf course, and Mr Abel Smith is quoted as saying he "will be submitting a planning application for the first phase of the project imminently", but construction would not begin until Coul Links Golf Course is approved.  As far as we are aware, no planning application has so far been made for either project.

In addition to this activity, an outrageous attempt has been made to blacken the reputation of Tom Dargie, an environmental scientist and leading member of the group Not Coul which led the opposition to the previous golf course application by an American-led group, which was turned down by Scottish Ministers in February 2020.  In September 2020 a complaint was made to Mr Dargie's professional institution, The Chartered Institute of Ecology and Environmental Management (CIEEM),accusing him of  "Lack of judgement. Lack of objectivity. Serious gaps in knowledge. Lack of expertise when claiming otherwise. Little if any reflection when proven wrong."  and including more than 100 individual instances of alleged misconduct.

The complaint was rejected out of hand by the Professional Standards Committee of CIEEM, and rejected again when the complainant appealed.

A website called  'Coul Links Golf' has been set up to monitor developments on this disturbing resurrection of a project which would do immense harm to an area in respect of which three environmental designations are in place (see below), and which should have been buried once and for all by the conclusion by Scottish Ministers in 2020 that "likely detriment to natural heritage is not outweighed by the socio-economic benefits of the proposal". 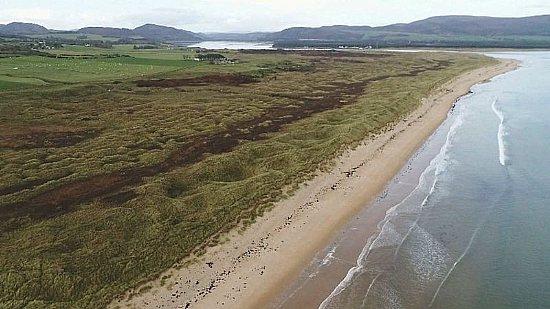 A controversial plan to build an 18-hole championship golf course in the Highlands has been refused planning permission by the Scottish government.

About 32 acres of the planned course was proposed for dunes at Coul Links at Embo, near Dornoch.

Highland councillors gave the project the go-ahead last June, before Scottish ministers called in the planning application for further scrutiny.

Following a public inquiry, the government has refused permission.

In their decision, Scottish ministers said the plan would have supported economic growth and rural development.

But they agreed with government-appointed planning officials' findings that the golf course would have "significant" effects on rare plantlife, wintering and breeding birds and the the dunes themselves.

The government said the "likely detriment to natural heritage is not outweighed by the socio-economic benefits of the proposal".

“I am absolutely delighted that this ill thought out and unsuitable application has been rejected. It seems the Scottish Government has learned the lesson from the disastrous decision to grant permission for Trump’s course in Aberdeenshire after all.

“Coul links is a spectacular site of environmental significance and has several important international designations. I welcome the fact that Ministers have made clear that post Brexit they will seek to maintain high environmental standards, they can be assured that Greens will continue to keep them under scrutiny in that regard in the long term.

“It’s important that the Highland Council and Highlands and Islands Enterprise now look at how they can deliver long term, sustainable and well paid work for the people of Sutherland, without threatening its precious environment.” 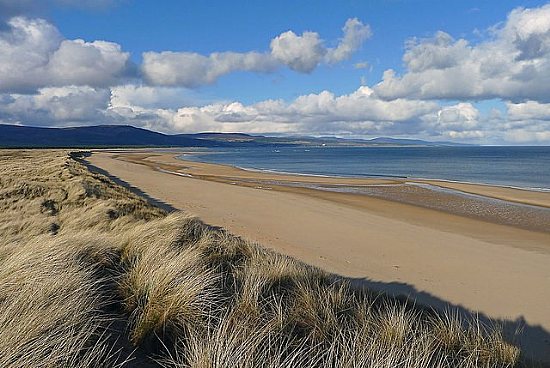 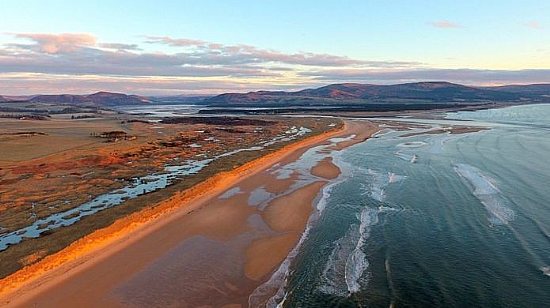 The application was lodged in September 2017 by Coul Links Ltd. led by Mike Keiser, President of Bandon Dunes Golf Resort, Oregon, Trump Golf’s main global rival, & entrepreneur Todd Warnock.  There is a separate application for two boreholes and a reservoir to store water for irrigating the golf course.

Below are links to the Highland Council ePlanning pages relating to the applications, and the petition.

Covid-19 - Local and national information   Regular statements about Covid-19 from the First Minister and the Scottish government have been... More >>
Highland Council 'Have your Say' consultation results This consultation was introduced by Highland Council on 2 August The Highland Council has launched a c... More >>
20 Minute Neighbourhoods in the Highlands and Islands We would have expected any text like this as the subject of an event or article to be followed by a question m... More >>