Claire O'Neill, the former minister initially chosen by Boris Johnson to lead the UK's preparations for the COP 26 climate conference to be held in Glasgow in November, was sacked last Friday, apparently in a phone call from Dominic Cummings. 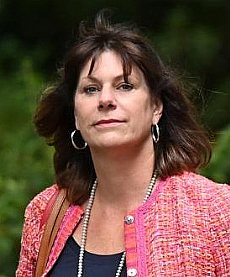 In an article in The Times headed 'Even friends believe Claire Perry O’Neill had to go', an unnamed source at a meeting of  'senior figures in green groups' is quoted as saying

“She must be replaced by a senior minister with a track record on the environment and a direct line to Boris.  Michael Gove is the obvious choice.”

On 3 February O'Neill sent a long letter to the Prime Minister justifying her position.